Lay the foundation for your dream 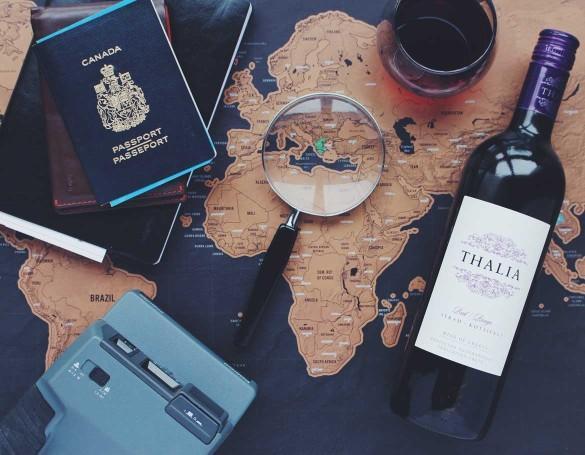 Laying the foundation for our dream is an important step in achieving it.
We have all been taught to set goals and take action to make them happen, but the fact that most goals are never fulfilled is an reflection of that method and its usefulness.

Over the years i have achieved many dreams without much action, and failed to achieve many other goals with hard work. Why is that?

A huge part of the equation is the way you feel, your emotional state during the journey to your destination. Yes we have all heard that its about the journey and not the destination, blah blah blah. But who can enjoy the journey when its about agonising hard work? No one, that’s why the conventional method of hard work and actionable steps doesn’t always pay off.

Throughout the past 5 years i have started to change the way i perceive goals and dreams, reducing the emphasis on the end result but focusing more on having fun along the way there, and it’s paid off time and time again.

And i think one of the biggest ingredients to achieving a dream, is to take the first step, even when you don’t know what the second step will be. Somehow, the next step and the next step will be revealed to you, as you go along. And if you relax about it, and stop worrying (which was my biggest habit), your journey will start unfolding before you in amazing and unexpected ways.

Years ago i heard Frances in Under the Tuscan Sun say: “They say they built the train tracks over the alps between Vienna and Venice before there was a train that could make the trip… they built it anyway. They knew one day the train would come.”
While it sounded like a lovely idea, i didn’t think too much of it. Until i saw it work in my own life last year.

For years i had wanted a new luggage set, a Samsonite one but could not bring myself to make the investment, especially because i never travelled anywhere. It had been 6 years since my last holiday overseas and i certainly had no plans for any trips any time soon.
Then one day i got sick of that yearning in my stomach and finally bought a luggage set i loved, even though i still had no where to go with them. I packed them away at home, and forgot about them.

Then 2 months later, i was sent to Singapore and Malaysia for work, even though travelling was not something my company ever did. A month after that work sent me to Melbourne, 1 month later i was won a trip to the Whitsunday’s, 2 months later i was sent to Singapore again, 1 month later i was taken to the Great Barrier Reef, and last week, i travelled to Singapore again for the 3rd time, followed by a long trip to Europe in May!
Isn’t that amazing? As soon as i built the foundation for a better travel experience, life brought me more and more reasons to feel good.

This is a technique i need to remember to use more often, lay the foundations of dreams. How will you use this?

Double your productivity: Act when you feel good

I love it!! At 41 years old, sometimes I look at my life and feel like I’ve gone nowhere but crazy but lately an early century mystic by the name of Neville Goddard has re-reminded me of who IAM and what I really wanted to do all along, help people. When I was a kid, I thought that meant becoming a doctor but now I know that means something much greater. Your story from The Tuscan Sun reminds me that al though the train may not be fully connected to each track, it’s still coming and eventually all those scattered tracks from LOA, Lazarus, Abraham, Wayne Dyer, etc have laid certain paths and growths, stories and manifestations that will connect into the greatest grandest version of me ! Love the reminder that all the bricks make a stronger home.

That is so awesome Lexi!
I totally agree with you, all that i’ve read and consumed from various authors and sources has built the reality i’m living today. Since this post years ago, life has brought me more and more opportunities for travel, both domestic and internationally.
The power of the mind is incredible!!! 🙂

I really want to do modelling but I never feel good enough. I don’t know why I want to do it other than it is something which makes y heart sing. So, I am trying to walk the talk and really pretend that I am a model in my head. That is what I believe will help me create the experience.