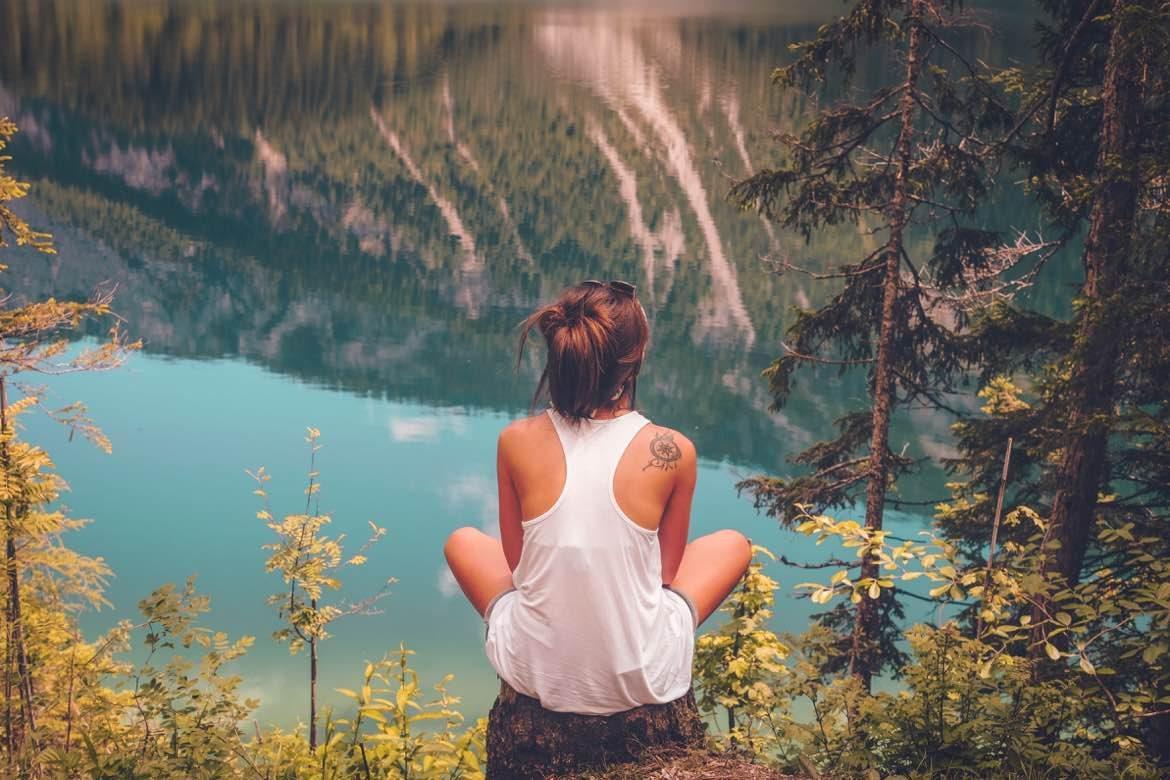 Conversations with our self are the most important conversations we have. But often they are the least thoughtful and carefully planned conversations. In this article, I want to outline the life changing importance of thinking and talking yourself into a better feeling place with the help of the Law of Attraction.

My recent bad focus had led me to feeling increasingly unhappy, lost my usual positive attitude and zest for life. Dark circles appeared around my eyes, I felt tired all the time and my eyes would start burning mid way through the day.

I realised that over the past few months, in order to “educate” myself on share markets, I had started to focus on global politics, negative news, media hype. I had slowly gotten dragged into lots of negativity, in an attempt to be informed about the financial state of the world.

I was starting to get sick for no seemingly good reason. Even exercise was not appealing anymore, whereas I always used to enjoy working out. I had started to feel increasingly bad about my own financial situation as well.

It was time for a change. So when I finally got fed up of feeling bad, I decided that enough is enough. I didn’t want to feel bad anymore. And as I started to take a more objective look at my situation and financial affairs, it finally dawned on me that there’s still plenty to be grateful for! I started to break what seemed like a big problem down into smaller pieces. And instantly I felt better!

I then followed that feeling and thought the next thought that felt a bit better. I then felt a bit more relief. And again I found another thought that felt good. And by about half way through my shower, I felt like a totally different person to who had just stepped in the shower. In the time of a shower, I had experienced a 180 degree change in my perspective.

So what happened here? Did I manifest a large chunk of money to solve my financial concerns? No. Did I magically solve all my problems by thinking positive things? No.  At this point nothing had manifested. But that was not the plan. The idea here was to change how I was feeling. Why? Because I was fed up with feeling less than good. The hours of our life pass regardless of how we feel, so why not feel as good as possible?

When I first started to learn the Law of Attraction, it was all about what manifestations I wanted. I thought I had to feel good so I could have the “stuff”. I’m starting to learn that the only important manifestation to look out for is how you feel. When you feel good, that is actually a feeling you create inside by thinking thoughts that are in tune with who you really are. And when you don’t feel good? Well that’s because you’ve been thinking thoughts out of synch with your truth. That’s why it feels so terrible!

Still waiting to hear what i manifested?

The fact that I was able to alter my emotional state by feeling better, did ultimately result in unexpected physical manifestations the next day. These included:

So 10 minutes of thinking myself into a better mental state resulted in another 24 hours of abundance, joy, peace, fun, health and good conversations.

But the most valuable manifestation of all? Feeling like life is actually good and having hope for a better future. It is nice to remember the importance of correct and intentional thoughts. Isn’t that worth having a conversation about with yourself?!

Now if I can do this, imagine what you’re capable of creating in your life??